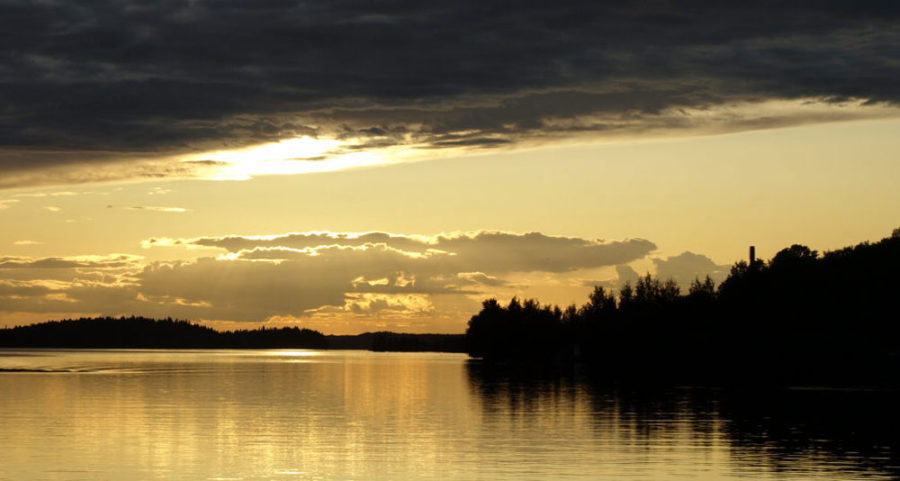 In the beginning of the 11th century, Christianity started to gain a stronger foothold in Scandinavia; as it was no longer just scattered individuals but also larger groups of people who turned to embrace the Christian faith and deserted their former paganism. These conversions resulted in a decline of the Viking raids that had been common with the Scandinavian people, as many of them now realized the error of their former ways.

When considering the big picture, it is helpful to note that it was mainly these journeys of raid and exploration by the pagan Vikings that connected Scandinavia in the first place with the more civilized and Christian parts of Europe.

The first Christian king of Sweden was Olof Skötkonung who was baptized in 1008. This is when the western part of Sweden also converted to Christianity together with their king, while other parts of the country still remained in paganism. Only in 1150 did Christianity take over the remaining parts of Sweden.

Even though most of Scandinavia was introduced to Christianity in the 11th century, the tribes in Finland were still living in full paganism and having their own pirate conquests across the Baltic sea and raiding their neighboring countries, especially the coastlands of Sweden. Before the arrival of Christianity, Finland was not really one unified nation, but rather a land of different tribal groups. The process from a scattered pagan land to a more unified people of Finland would last around 400 years, beginning with the arrival of Christianity.

Finland was first introduced to Christianity in the 9th and 10th century by the influence of sailors, merchants and immigrants from other countries who brought with them the teaching of the Catholic Church in the West. It is very likely that some individuals in Finland did convert to the Christian faith, even when the society around them was still pagan. However, at this point it was only scattered individuals who were introduced to the new faith, the land would later gain a stronger witness through certain Swedish immigrants who influenced part of the coastal lands to convert and become a more organized form of Christianity. It could be said that Christianity arrived to Finland in three different stages, the first one being the influence of visiting merchants and seamen, secondly by the Swedish settlers, and then thirdly the three different crusades in the 12th century onwards. The main person chosen to propagate Catholic Christianity in Finland was the Bishop of Uppsala, Henrik, who was said to be originally from England. It seems one of the reasons that the King of Sweden wanted to convert the pagan Finnish people, was the pirate journeys, which the Finns had committed against Swedish people. According to tradition, during the first crusade, Erik the King of Sweden first offered the Finnish people Christianity and peace, but when this offer was refused, he had to turn to violent force. The conquered areas were then forced to receive the Christian baptism, while Bishop Henrik is reported to have preached to the people about Christianity. The focus was not much on personal religion, but simply receiving baptism and changing certain aspects concerning outward behavior. King Erik then returned to Sweden, but bishop Henrik stayed in Finland to spread Christianity further into the land. During one of his missionary journeys in Finland, Bishop Henrik was faced with a Finnish man named Lalli, who according to tradition was guilty of murder and was therefore judged for his actions by the Bishop, enraged by this Lalli killed Bishop Henrik. Bishop Henry later become know as ‘the apostle to Finland.’

At the end of the middle ages, there were about 130 churches in Finland. A big part of Finland was still uninhabited at this point, especially the middle and northern part of the country. The Catholic Church meetings were almost completely conducted in Latin, which was foreign to the Finnish speakers. The wealth and pomp of the Roman Catholic Church did still make an impression on the people. The flickering candles, the mystical smoke, the echo of songs in a foreign tongue, the impressive nature of the priest’s clothing and the church buildings, it seems this all made the religious experience somewhat appealing to the superstitious pagan people of Finland.

It is important for Bible believing Christians to recognize the evil of the crusades and explain that true Christianity is not spread though violent and forceful crusades, but at the same time we can still be thankful for some of the results of the crusades, recognizing that God uses even the evil deeds of men to achieve His purposes. The crusades helped to introduce the Finnish people to Christianity, and even though there was undoubtedly much false teaching propagated in the name of Christianity, there were still aspects of the truth of the gospel given to the people. The teaching that was given to the common man was likely comprised of simply learning the Lord’s Prayer, the “Ave Maria” (the angels greeting to Mary), and the Apostles Creed. Since the people would have memorized these, they could gain from this a basic understanding of Christian doctrine. Even though the teaching of the Catholic Church was in many ways convoluted by false teaching and even political motives, there still was a remnant of truth given to the people, especially when at times there would be portions of the gospels read to the people in their own language.

Because of the Christian influence and the strict rule of the Roman Catholic Church, Finland also saw many materials gains. For example, the raw pagan practices of the past were slowly disappearing from the land as law and order in society were introduced and upheld better. The Finnish people also began to unite more, instead of simply living as scattered enemy tribes, and then Finland also became better connected with other countries in Europe.

Apart from some of these outward benefits for the Finnish people, we need to remember that just like the apostle Paul rejoiced even when men preached Christ for the wrong reasons (Philippians 1:15-18), so too can we be thankful for this period of time in Finnish history (while at the same time rightly condemning all the evil acts and false teaching, which often accompanied it), since it is very possible that God still used this to bring the truth of the gospel to his people who would believe and trust in Christ alone, even when the true gospel message was often accompanied with much false teaching and wrongdoing.

Christiansen, Eric. The Northern Crusades: The Baltic and the Catholic Frontier, 1100-1525. Minneapolis: University of Minnesota Press, 1980.

Why the Church Needs Expository Preaching