What Exactly is Prayer?

When discussing the subject of prayer, the most fundamental question should be, what exactly is prayer? Renowned Bible commentator Matthew Henry rightly explains, “The scripture describes prayer to be our drawing near to God, lifting up our souls to him, pouring out our hearts before him.”[1] Hebrews 10:22 calls us to draw near to God with a sincere heart, in Psalm 25:1 David speaks of lifting up his soul to God and in Psalms 62:8 the people of God are encouraged to pour out their hearts before God.

Defining prayer is both very simple and more complicated at the same time. John MacArthur defines the essence of prayer as “simply talking to God as you would to a beloved friend–without pretense or flippancy.”[2] Philip Ryken also defines prayer as “talking with our heavenly father.”[3] J. C. Ryle gives a similar definition, as he responds to an objection of prayer being something too hard for the common man, “Prayer is the simplest act in all religion. It is simply speaking to God. It needs neither learning nor wisdom nor book knowledge to begin it.”[4]

While the narrow definition of prayer is rightly to be understood as ‘speaking with God’, further clarification and distinction is often needed. Matthew Henry writes about the sometimes misleading narrow definition of the word ‘prayer’ in the English language, and how though this word properly communicates the petition aspect of prayer, but it does not carry with it the same weight of understanding prayer as also including humble adoration of God and thanksgiving to Him.[5]

For the Christian, it is crucial to understand the true nature of prayer being communion with God, worshipping Him in reverent submission and dependence.

For the Christian, it is crucial to understand the true nature of prayer being communion with God, worshipping Him in reverent submission and dependence. Speaking to God and laying our requests before Him, knowing that He cares and provides for all our needs, whether they are the ones we think are important or not. In prayer we bring to God our worship, desires, thoughts and requests (Phil 4:6). 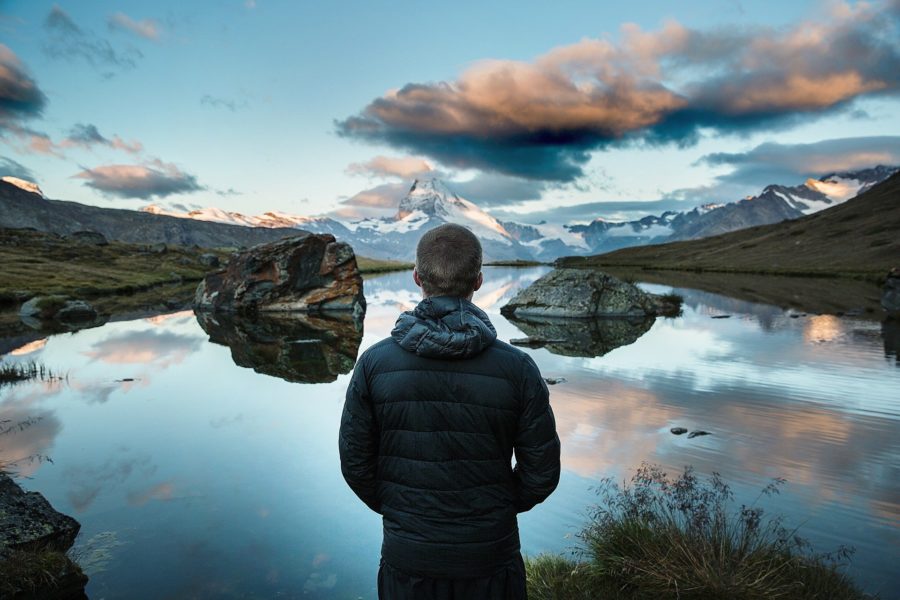 Question: Are humans made up of a spirit, soul and body? Do we have three parts as a human being? More? Less?

This is something that good and godly Christians can have disagreements about. In fact, there are even specific terms for the two major views regarding this issue.

First, there is the ‘trichotomy’ view, which proposes that humans are indeed made up of three different parts (hence the name, which refers to a three part division). These three parts consist are the body, soul, and spirit.

The second major view is called ‘dichotomy’, which views the nature of humans as consisting of only two parts, the material and immaterial, or what is often referred to as the body and soul.

Before giving my own view on the matter, let me explain both views in more detail. As already mentioned, trichotomy is the view which regards humans as consisting of body, soul, and spirit. The understanding here is that ‘body’ is the physical material aspect of humans, whereas both soul and spirit refer to different parts of the immaterial nature of man. In their understanding of the body, both views agree in understanding this as a simple reference to the material part of humans. The disagreement arises in the understanding of soul and spirit. The Trichotomy view understands ‘soul’ as being a reference to the immaterial psychological aspect of man, that which functions as the basis for reasoning, emotions, and relationships. The soul is therefore understood as that which separates humans and animals from all unconscious aspects of creation, such as plants. The third element ‘spirit’ is then understood to be something more than simply the soul, therefore referring to the distinctly religious element of human nature. It is this ‘spirit’ aspect of humans which allows them to understand and react in response to the spiritual aspects of life. This ‘spirit’ is then the deciding factor that separates humans from animals, who also possess a soul. It is also often understood that the spirit is the residence for all spiritual aspects and qualities, whereas the soul is the source for immaterial personality traits and such. The key Bible passages used to support this view are 1 Thessalonians 5:23, and Hebrews 4:12, which both seem to make a distinction between soul and spirit, suggesting they should be understood as two different aspects, which together with the physical body, make up the human constitution. Based on a straightforward reading of these verses, it is therefore understandable that many godly Christians hold to this view.

Dichotomy then, is the view which does not see there to be any substantial separation between what is referred to as ‘soul’ and that which is described as ‘spirit’. Dichotomism agrees with Trichotomism in understanding the body as a reference to the physical part of a person. But contrary to Trichotomy, it sees both ‘soul’ and ‘spirit’ as referring to the same nonmaterial part of a person.

I believe that the Dichotomy position is more biblically accurate, when understood correctly. You might wonder why, since based on the verses used to support the Trichotomy view, it seems that Dichotomy would not be supported by Scripture. However, before jumping to such a conclusion, we need to take the whole of Scripture into consideration, specifically how humans are described, and how the words ‘soul’ and ‘spirit’ are used in different contexts. Beginning in Genesis 2:7, we learn that man is made of two parts, the physical and immaterial. We also see that ‘soul’ and ‘spirit’ appear to be used interchangeably in passages as Genesis 41:8 and Psalm 42:6, a comparison between Hebrews 12:23 and Revelation 6:9 also shows the interchangeable use of these words. Luke 1:46-47 also seems to use these terms as parallel synonyms referring to essentially the same thing. Also, in relation to the verse which use three terms (body, soul, spirit) as referring to the human nature, it needs to be remembered that there are passages, such as Luke 10:27 where more than three terms (heart, soul, strength, mind), yet this is not taken as a proof text for viewing the human nature as consisting of four different parts, but rather different words emphasizing different aspects of the same immaterial part of humans. Even though I believe Dichotomy to be more accurate, I think it can also be easily misunderstood and lead to an unbiblical and mechanical division between the material immaterial parts that make up humans. Therefore, I think the term coined by theologian Bruce Demarest ‘complex unity’ is more helpful, since it reminds of the unity that exists in humans.

To summarize, I believe the reason why the Bible uses many different terms to describe the human composition (body, soul, spirit, mind, heart, etc.), should make us think about the complexity of human nature. We should not try to compartmentalize the different aspects of man too much, but rather stand in awe of the unity and complexity of man, since God has created man in His image, we should expect there to be a mystery of man’s unity and diversity.